Sometimes I get the urge to shoot some photos (although I’m not very good at it, as you can tell from the images below), and borrow the camera from a good friend (who tells me three times how to handle it, because it’s some pretty serious stuff, not the point & shoot kind) and go out.

This first one is the main reason I’ve borrowed the camera today, and is the reflection of a church tower in the windows of an office building (a bank actually). 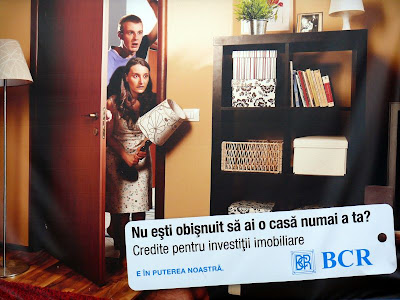 This second one is a commercial put out by a bank all over Romania on big billboards. The text reads: you’re not accustomed to having a home of your own?. I’ve put it up here because (a) I find it angering how this ad depicts poor people as kind of retarted and (b) because it’s a big lie (apartment prices are growing at an incredible rate in Romania, especially in the big cities – to give you and idea, based on my income I’m in the top 20% of the Romanian citizens, and still I had to get two separate loans – one for 30 years! – to be able to buy a rather small apartment) 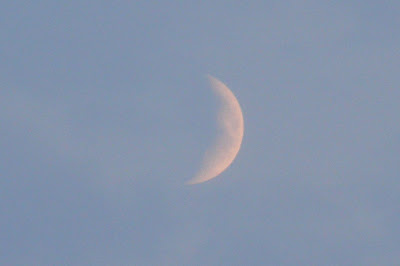 This was just some imagery I’ve spotted looking out the window. I hope DreamWorks doesn’t sue me for it :).

Update: see something similar to the first photo here.

One response to “Pictures”