Back of the napkin security research 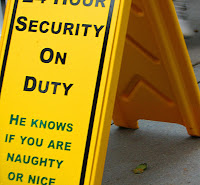 I came up with the idea after seeing the following quote on the metasploit website:

So you could do something similar to the TIOBE index (and with the same level of “accuracy” – this is more a fun thing than something which should be taken seriously).

I came up with the following two:

Update: the idea was to include a string which is present in all the installations of the particular product (a kind of “watermark”), and the string “hacked by” (because many defacers include this in their message). Sorry if I implied that any particular site was hacked.