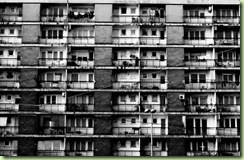 Most recently the Metasploit site was attacked together with other security sites. They’ve seen a 15MBps traffic, which isn’t much by networking standards, but it can definitely bring a webserver to its knees. If you have a website, ask yourself this question: how likely is that your host will stand up to such traffic? The response probably is: very unlikely. Just a few big players can afford to take on these attacks, mostly because they have a high degree of distribution and redundancy (think Google, Akamai, Microsoft, etc).

The conclusion? There is no conclusion… We should start to put more effort into cleaning up computers and preventing their infection or accept that tens of thousands of people have the ability to take down sites at will in this new technocracy.

PS: The Computer Defense blog put up the analysis of a survey about DoS. Read part 1 and part 2.