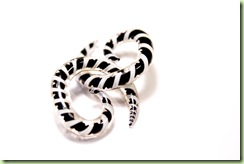 Multiple websites on Windows XP – links to IISAdmin. It doesn’t seem to work 100%, so caveat emptor.

From the as days pass by blog: Opera Web Standards Curriculum. A nice addition to the Sitepoint references.

Google apologizes for the Japan fiasco – in big company it is hard to enforce standards across the board, but it is nice to see the swiftness and openness of their reaction (the gist of the story is: Google came out against paid posts, but Google Japan used them to market itself) – see also Matt Cutts post about the issue.

Via slashdot: How to write a Linux virus in 5 easy steps (also the followup) – it is an low-tech high-impact type of situation, similar to the social engineering scams we see a lot of on the Windows side.

An other one from slashdot: Static analysis of the SHA3 submission’s reference implementation. Interesting read. Also, the submission Bruce Schneier contributes to had no bugs 🙂

From chycho.com: the day there were no news.

Caching Tutorial for Web Authors and Webmasters – a well written and comprehensive guide about caching on the web.

From /dev/random: Dokan – an user mode filesystem for Windows (like FUSE under Linux). Very cool, although I can get less and less excited about Windows technology. This means that you don’t have to write kernel-mode drivers anymore to support a new filesystem. It also provides an implementation for SSHFS.

Top Ten Web Hacking Techniques of 2008 – from Jeremiah Grossman’s blog. Interesting and worth checking out, because it is very probable that you’ll find some you didn’t know about.

An epic Bill Gates e-mail rant (related: No BS: A glimpse of the real Bill Gates) – the nice part about this is that the “big boss” not only understands but actually uses the product which is being made. A lot more companies could benefit from this approach!

Write in C – a funny video:

A classic piece from Charles Petzold about pregenerated code: Does Visual Studio Rot the Mind?