A few words about hackersblog 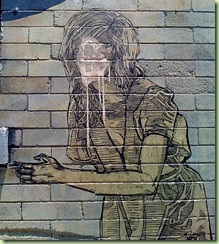 If you read security news, you most probably have already heard about hackersblog.org. It is blog created by a couple of my compatriots who feel that just talking about vulnerabilities in web websites is not enough and they must attract attention by actively exploiting the flaws and the posting their “trophies” Zone-H style.

As you can guess from the tone of the post up until now, I don’t really agree with them. Here are some more notes:

My view? All software has flaws. People are very bad at waging risk. Features, in comparisons, are easy to observe, so priority will always be given to them. You can either believe in democracy (letting people learn see the err of their ways at their own) or in dictatorship (forcing them to do certain things in a certain way), but you can’t have it both ways (ie. “forcing” companies to have more secure sites by exploiting the existing flaws – and all of this to “show” people that those companies are “bad” in some sense of the world).

This type of behavior is most probably fueled by a mix of “wanting to do good, even with force” and wanting to show off one’s skills. This kind of behavior and the associate mindset can be very dangerous, because you never know when and in which direction will the pendulum swing to the extreme. On the upside, they provide business for security professionals :-).

Finally, here is the video of an interesting talk from Blackhat USA 2008 which I found via their blog: