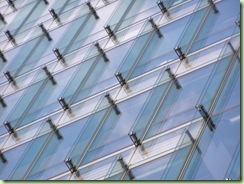 For a long time I was a believer in the “Perl way” of doing regular expressions and an avid reader of perlre. All other implementations I viewed as a “poor man’s copy” of the one true idea.

However, after reading the Lua Patterns Tutorial, I found it quite enlightening. Even though it is called “patterns” and not “regular expressions”, it is a very similar concept. The very nice touch is that it uses % as escape character rather than (like in PCRE). For example, to represent a digit you would say %d instead of d, a syntax which I suppose is familiar to a larger audience of programmers (everybody who used the printf / scanf family of functions). An excellent idea!

Check out the complete reference (or the wiki) for more details.

Picture taken from Uqbar is back’s photostream with permission.