How does the Panda USB vaccination work? 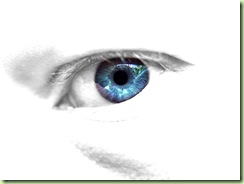 I stumbled on the Panda USB and AutoRun Vaccine on the Panda Research blog and it peaked my interest because autorun-based malware is very wide-spread these days and also because I’ve written extensively about the topic.

An other reason is that I don’t like black boxes and it is my opinion that all knowledge should be disseminated in the open :-).

So how does the “vaccination” work? (as a sidenote: in the “olden days” – meaning DOS – the idea of “vaccination” was quite common and was based on the idea of emulating the checks which different viruses used to detect if they already infected the system. This quickly became unmanageable, since not all viruses checked for previous infections and some used the same vector but wanted different results. This program however has nothing to do with this method of vaccination.)

There are actually two components to it:

So there you have it. Nothing too magical and some errors/misunderstanding in the original post. Also, it is quite possible that future malware will look for the “immunization” on USB drives and reverse it.

16 responses to “How does the Panda USB vaccination work?”