Is Java slower than C? (and does it matter?) 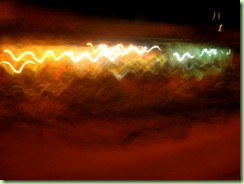 Via daniel’s blog (the creator of curl) I arrived to this page: why the Java implementation (JGit) doesn’t run nearly as fast as the C implementation. The short version of it is: even after many tunings JGit is twice as slow as the C implementation. One of the problems which got my attention, was the different ways a SHA-1 sum got sliced and diced. So I’ve done a microbenchmark and here are my (not very scientific) results:

What is the end-conclusion? Yes, Java is slower. This is an extreme case of course (amongst other problems, the test ran for very short period of times and possibly the JIT didn’t kick in) and in real life the performance loss is much smaller. In fact the email linked above talks about a 2x performance loss and 2x bigger memory consumption. What it doesn’t talk about however, is the number of bugs (of the “walk all over your memory and you are scratching your head” kind) in the C implementation versus the Java implementation. In my opinion:

3 responses to “Is Java slower than C? (and does it matter?)”