Those who know, do it 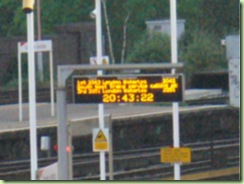 There is an old joke, which I might have referenced in the past (my memory is almost non-existing :-P), which goes something like this:

I assume that journalists come in somewhere in the second or third category. Take the following article from Ars Technica for example: Symantec, 11 others, fail Virus Bulletin’s August 2009 test (Updated). Quote (emphasis added):

Microsoft’s success with its Forefront product is promising not only for business users, but for consumers as well, given that the upcoming Microsoft Security Essentials product is closely tied to it.

Now we go over to the Microsoft Forefront site, the whitepaper section in the first one (The Multiple Scan Engine Advantage and Best Practices for Optimal Security and Performance) we have the following (again emphasis added):

The performance of Forefront Security in tests (or in the real world for that matter) has almost zero relevance for the performance of Morro (aka. Microsoft Security Essentials). Coincidentally I think that both are good products, but this is not because they share code/signatures.

An other example is the following one: Computer viruses slow African expansion (found it via the Sunbelt Blog). To be fair, in this case the reporter only repeats the insanity “Tariq Khokhar, the chief development officer of Aptivate, a non-governmental organisation that focuses on IT” says, but would he be more informed, he could have asked some pointed questions to debunk some of the things said. For example:

Without special pricing, poor countries are forced to rely on free antivirus products, such as AVG. "Writing antivirus software is a fairly brain-intensive task, and AVG just don’t have the resources," Khokhar says. "It’s not to say something’s not better than nothing, but ultimately, the viruses that are going to cause real damage are going to get through."

First, in the long run (meaning a year in this example) AVG is just as effective as any other product (as would be MS Security Essentials, despite of what some say). Second of all, you just can’t rely on one “magic pixie-dust solution” (eg. AV) to solve the problems. You need a layered approach, for example for the ISP to block known malicious sites. Third of all, you need user education. He (I assume it is a he) works for an NGO, so go create some education programs for new computer users. Also, there are a lot of dangers out there (like 419 scams), which have nothing to do with malware, but can be just as (or even more) devastating as a malware attack. Please, people, go inform yourself!