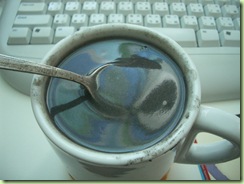 So, the Microsoft COFEE (Computer Online Forensic Evidence Extractor) tool was leaked. I took a quick look at it, and – as expected – there is nothing “magical”, “secret” or “backdoorish” about it (even though I love the picture which comes with the Gizmodo article, the text itself is complete and utter BS – COFEE isn’t a tool “that helps law enforcement grab data from password protected or encrypted sources” as the article claims).

So what is Microsoft COFEE?

Conclusion: there is no magical pixie dust here, move along! (in fact, it is quite similar with the winenum Metasploit script).

PS/Update: regarding the “defense” against these tools: first of all, they all seem to be user-mode tools. This means that they probably have limited capability of detecting kernel-mode rootkits. Also – from what I’ve seen – they are all public tools, so there is a good chance that there exists malware out there there which “defends” itself against these software. Again, no magic.

Now before you conclude that this is utterly useless – if I were a IT forensicator :-p, I would prefer having this data compared to no data at all. It will give you some basic idea of the system (or the network for that matter if ran on every PC) which may enable you to come back with a very precise target in mind.