What VirusTotal is not 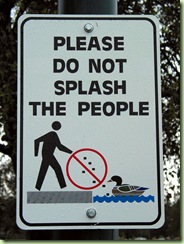 Since its inception VirusTotal has been used by people to compare different AV products (just in case you don’t know: VirusTotal is great free service which scans the uploaded file with 40 AV engines currently and reports back the results). The AV industry has objected to this practice because of a couple of reasons, some more valid than others IMHO.

Today however I want to talk about the practice of saying “(only) X% of AV detect this” and then giving a VirusTotal link. Two recent examples: here and here (to be clear: I don’t have anything against the particular blogs / companies / authors – there are many more examples of this practice, these are just two recent ones which came to my attention).

Why is this percentage meaningless and serves only to perpetuate FUD?

Conclusion: please never, ever take the VT result page and copy-paste the percentage from it! Do provide permalinks to the result pages and you can even make some sensible general statements (like “most of the major AV vendors detect this threat” or “this threat is not well detected by the smaller, Asian AV companies, but given its reliance on the English language for social engineering, it might not be such a big threat”). However, giving percentage wreaks of FUD and smells of negative propaganda (do we really want to be at each-others throat, analyzing which vendor doesn’t detect what? – there would be no winners in such a discussion). Lets concentrate on giving sensible security advice to users instead.

2 responses to “What VirusTotal is not”