A game of Chinese whispers 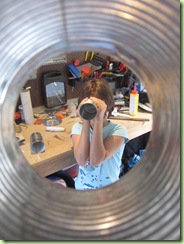 Yet an other example of real-life Chinese whispers in the security journalism:

A Hungarian online news site published an article titled “Hackers tried to steal user data from Amazon” (here is a somewhat usable automatic translation for the non-Hungarian speakers). I assume that the information went like this:

What happened –> What the security company has written up about it –> What the “journalist” understood –> What s/he actually wrote.

What actually happened is that an Amazon EC2 rented to a third party was being used as a C&C server for a botnet. No Amazon user data compromise here, move along (also, this isn’t a new phenomenon at all).

To top it off, the article talks about the security issues involved in cloud computing. Surely they are paid by buzzwords / paragraph :-p.

As if you needed further proof that a large percentage of the news out there is false, even when there is no intent to “spin” it. Newer attribute to malice what can be explained by stupidity I suppose…