This is just one of those topics which comes up from time to time in my life (probably because I consume a lot of media). I was recently watching the Jim Zemlin interviewed by Jeremy Allison (Jim Zemlin is the Executive Director of the Linux Foundation) on the Google Open Source YouTube channel and was frustrated by the background noise and low audio volume, since the topic was really interesting to me. So I decided to look into the problem and see if the audio quality could have been easily improved. I covered the topic a couple of years so I won’t go into details, rather just give a 10 000 foot view of the process. Please read the original post for more details, since everything in it still applies.

Step 1: download the YouTube video. VLC natively supports YouTube playback, so exporting the sound to a FLAC file (you should always use lossless codecs during processing!) was just a matter of a couple of clicks and one or two minutes. 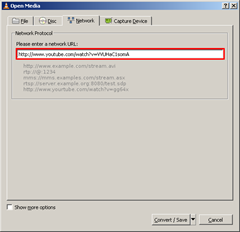 Step 2: load up in Audacity and remove the noise. The loading of the FLAC file is a little buggy (the progress bar keeps jumping between 0 and 100% and the time estimation is useless, but it loaded in under a minute). As you can see in the screenshot below, the volume is really low, but there are the occasional spikes, so plain normalization wouldn’t help you here. On the upside, there is no clipping which would result in a hard (impossible?) to repair artifacts.

After noise removal and keeping only one channel (no need for stereo here – we would add it back in the last step if we would to publish it since some devices can’t handle mono and the overhead with joint stereo is almost zero) the file was exported into WAV and fed into the Levelator. Here is the end result:

As you can see, we have much better volume resulting in a much improved experience for the consumer, all this with a couple of minutes of work while browsing Hacker News and with free (and mostly open-source) cross platform tools.

Content publishers of the world: please take a couple of minutes of your time after editing to do a proper post-production! Thank you.

Update: YouTube downloading is broken in the current VLC release but it will be fixed in the next version (1.1.12). Until then you can use the nighly builds.