The wrong time to update software…

is when the user is the busiest, for example when s/he just started your application. See for example the screenshot below with Adobe Air (click trough to see it in its full beauty). 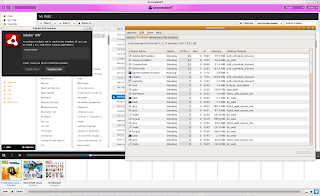 The mistakes it makes:

To sum it up: You should download and install the updates in the background (in a separate, versioned directory, always keeping just the two most recent versions). Users shouldn’t be bothered with this, especially when they are trying to get work done!