Solution to the malware challenge

The deadline for submission to the malware challenge has passed, so I will post here my solution. Sorry for the rather poor presentation, but I exported it out from Word.

What
information can you gather about the malware without executing it? 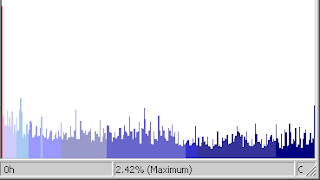 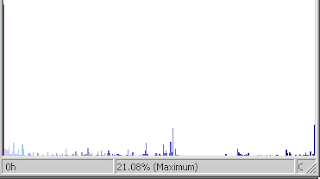 To gain further intelligence, an unpacked version of the
executable is needed. Because the modifications to UPX are only superficial,
the method described on reconstructer.org[1]
can be used. At this point we can analyze the dumped binary in IDA (pretty
straight forward, since the original executable was compiled using Visual C –
but still time-consuming) or try to search for the source code. See the second
before last question about retrieving the source code.

Is the malware
packed? If so, how did you determine what it was?

Describe the
malware’s behavior. What files does it drop? What registry keys does it create
and/or modify? What network connections does it create? How does it auto-start,
etc?

This can be determined either by static analysis or by
running the malware and observing its actions with something like System Safety
Monitor[1],
Process Monitor[2] or the
All Seeing Eye[3]. However
this has the drawback that there is no guarantee for the fact that every
possible aspect of the malware will be manifested. Added with the fact that we
have the source of the malware and it is written in plain C (without
obfuscation), a static analysis is recommended (using IDA for example). The
actions performed by the malware are:
The malware also uses (used) a secondary server
(http://www.Nivdav.net/Winsec32.exe) to host probably a copy of itself (it is
hard to tell, since the domain registration was deleted). This is used for the
VNC “exploit”. Basically, if it is instructed to scan for VNC servers listening
on the standard port (5900) and finds one without a password set, it tries to
send it a set of commands which would result in downloading and executing the
specified file.

What type of command
and control server does the malware use? Describe the server and interface this
malware uses as well as the domains and URLs accessed by the malware.

The malware tries to connect to an IRC server with the DNS
name “testirc1.sh1xy2bg.NET”.
However, according to domaintools[1], this
domain name was never registered, which leads me to speculate that the sample
was tampered with, or that the perpetrator planned to register it later. The
connection is made on the standard IRC port (6667), which makes it very
probable that it will get blocked (for example in corporate environments) and
also it is easily recognizable.

What commands are
present within the malware and what do they do? If possible, take control of
the malware and run some of these commands, documenting how you did it.

The malware has a wide variety of commands. Here is a list
of them, with a short explanation for each:
Theoretically speaking letting a bot connect through an
unfiltered internet access is not recommended, because it might receive
commands from the C&C which could result in damage being done to other
computers (for example it is instructed to scan and exploit other machines and
it does so). Also (theoretically speaking) taking over a botnet C&C and
issuing commands to them is not recommended (even commands which would result
in the malware being removed), because (legally speaking) you are still
accessing systems which you are not authorized to do. Both of these issues are
only of theoretical interest, since (as mentioned at the previous question),
the domain the bot is trying to connect to isn’t registered. To do a local
test, take the following steps (credit goes to my colleague CPS for coming up
with this solution):

How would you
classify this malware? Why?

It is a “classic” general purpose IRC bot/backdoor. It
connects back to a central IRC server and waits there for command from its
“master”, offering non-authorized (“backdoor”) access to the infected machine.

What do you think the
purpose of this malware is?

It is a general purpose “bot”, meant to offer backdoor
access to the person controlling it to a large number of infected machines. It
contains no specific functionality (like stealing passwords for WoW[1]),
rather it offers a series of generic methods (like spawning a reverse command
shell) which can be used to implement any malicious behavior.
It also has a lot of functionality related to IRC (proxying
traffic, flooding channels, etc). This is indicative of its origins (bots were
used to have mini-wars on IRC – flooding channels, etc).

Is it possible to
find the malware’s source code? If so, how did you do it?

Looking through the strings which can be found in the
unpacked executable, it seems that this malware was named “RealmBot”. Searching
for the string “realmbot source code” with Google results finds the following
discussion on the site “blackhat-forums.com”:
http://www.blackhat-forums.com/index.php?showtopic=6032. Here we have two links
to rapidshare. After downloading and unpacking the archive, we find a directory
named “Crx-realmbot.VNC+RFI” (amongst others). To validate that this is indeed
the source we are looking for, I’ve used the following perl script:
use strict;
use warnings;
use File::Find;
print “Loading
files…n”;
our $complete_file =
”;
find(sub {
return unless -f $_;
return unless /.(?:h|c|cpp)$/i;
print “$_n”;
open my $f, ‘<‘, $_;
$complete_file .= “n” . join(”,
<$f>);
close $f;
}, ‘Crx-realmbot VNC
exploit and RFI -(rfi not tested)’);
while (my $line =
<>) {
chomp $line;
if ($complete_file =~ /bQ$lineEb/) {
print “x $linen”;
}
else {
print ”  $linen”;
}
}
Like this: strings
dumped_.ex$|perl check.pl > out
What this does is to load all the source files, and then
check for the existence of the strings which it gets from the input in the
source file. The strings presented on the input are strings extracted from the
dumped (unpacked) executable. This test, although it didn’t give a 100% match
rate for various reasons (strings need to be escaped in C source code – “” is
written as “\” – some strings are created at runtime, etc), the match rate was
high enough for me to affirm that this is indeed the source code for the
malware.

What information can
be gleaned from the source code?

How would you write a
custom detection and removal tool to determine if the malware is present on the
system and remove it?