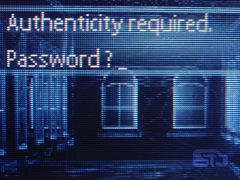 This is rather old, but still good (originally found it via the Pat’s Daily Grind blog): a security company did some tests with the password manager included in different browsers. And of course they slapped not one but two sensationalistic titles on it (“Google Chrome Receives Lowest Password Security Score” and “Safari Ties for Last Place”). You can’t blame them, because Paris Hilton sells 🙂

However, there are some discrepancies between their test results and the ones reported by users. Also, the developers of Chrome responded in a very detailed and well reasoned post which pointed out that some of the assumptions would actually break websites like Facebook and still not add more than a small security barrier which can be overcome.

It is exactly because situations like this why testers should contact the vendors before they publish the results. However that seems to have become a kind of a lost art, nowadays everybody seems to want to rush out the door with “news”.