Update to the DeShortify Pipe 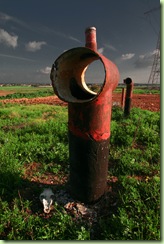 A while ago I created  a pipe to transform short URL’s in their longer versions. However the pipe itself was rather complicated and required a modification for each new service to be supported.

Luckily, on the Network Security Blog I saw the link to LongURL, which provides the same action for multiple services (in fact I think that they fetch the URL with something like cURL and observe the final destination, so in theory they should be able to support any service) and they provide a REST API. W00t!

PS. This service doesn’t support Shrinkster.com, presumably because they show a click-trough page, rather than sending a 3xx header. I can’t support them with a custom pipe either, because their tracking page needs a POST rather than a GET, and it is also based on the ASP viewstate (so you would need to do a rather complicated dance of fetch the page, get the viewstate and repost it). Offtopic rant: this is what you get for trying to create the “VB 6.0” illusion on the web Microsoft! No leaky abstractions please!