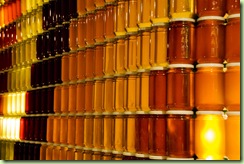 In the last couple of months I’ve been helping out with the webhoneypot project.  From the Google code website:

DShield.org is offering this honeypot for users to capture automated web application exploits. It is a very simple "semi interactive" honeypot implemented in PHP.

The core idea is the following:

If you want to play with it, here are a couple of resources:

An automatic update mechanism for the templates is in the works, however it is not working yet. The documentation is also a little out of date, but we are working hard on refreshing it. In the future we will probably include some more emulation (the idea was taken from the Glastopf project) to elicit responses from automated RFI/LFI scanning bots. Also look forward to a tutorial on how to run it on routers running OpenWrt.