The fox in the henhouse? 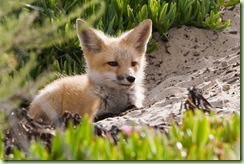 Some time back I ranted about ParetoLogic which was used to be known as the makers of a rogue security product (XoftSpy). Today I can rant once again about them:

They’ve published a blogpost insinuating that Firefox 3.5 has a remote code execution vulnerability. I’ve tried to inquire if they notified Mozilla about the issue, but after 4 days (!!!) my comment still awaits moderation or it has been directly deleted.

So I decided to look a little more into the problem (from the safety of a VM) and arrived to the same conclusion as the F-Secure people: this is not a FF issue, rather a Flash / other third-party software issue. The given pages seem to contain a link to an “attack kit” which tries to detect the browser version / available plugins, after which it tries to send down a targeted exploit.

What I would have liked from ParetoLogic:

Currently, my opinion still stands: they are a “grey-zone” company and you should avoid their products.

9 responses to “The fox in the henhouse?”