On the hopelessness of pulling content from the interwebs 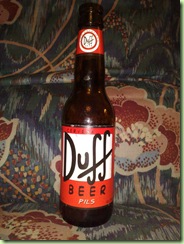 In the last couple of weeks I had at least two cases where I saw a (provocative) post come up in my feedreader, click trough to read the entire piece (BTW, partial feeds just suck!), just to find that the owner removed the post. The first was from the DynDNS blog named “Open Dialogue” (apparently openness and censorship can co-exists in some people’s minds, without having their brains blown-up by the cognitive dissonance) and it said the following:

We hope we’re wrong, but it looks like DNS Made Easy (aka Tiggee LLC) is secretly behind DNSComparison.com

Let’s first start off by providing some definitions of key attributes that Dyn Inc. lives by across our organization and takes pride in while representing the DNS industry. These characteristics define us and make us the company we are today. Call us naïve, but we also “still” hold out hope that the rest of the DNS space (and the business world, in general) believes the same and truly means well when their actions might seem otherwise.

The second one comes from the MaraDNS blog (is there a pattern here? are there many frustrated people in the DNS space? :-p):

If you want to piss a type 2 freetard off, take an open-source project, make it proprietary (after getting everything with copyright to the code to agree to the non-GPL terms), and sell the proprietary product.
This happened with Tux Racer. Boy were the freetards pissed off, whining about how the commercial game wasn’t very good, blah blah blah. But, bottom line: The developers worked hard making the program. They wanted to get paid for their work. The type 2 freetards felt something was stolen from them because the next version of their program was not open-source.
Another successful open-source game is now doing the same thing: Nexuiz, an excellent fun little first person shooter with everything (both the engine and the content) under a GPL-compatible license.
Well, the developers realized one day that they wanted to get paid for their work, so they decided to have a remake of Nexuiz for consoles that will be closed-sourced using different content.
The freetards went ballistic. It became a front page story at Freetard central. In short order, a fork was declared. Freetards everywhere talked about how evil Nexuiz was; their declarations were mainly based on ignorance; inaccurate posts accusing the Nexuiz development team of violating the GPL were posted everywhere.
The next Nexuiz will, for the record, be 100% legal: All of the Nexuiz code has been licensed for non-free use. The content will be, for the most part, entirely new. There is no GPL violation here.
Once the dust cleared, development on the fork (called Xonotic) stalled. One developer recently admitted that, two months after declaring this fork, that

It is my opinion that such actions inherently undermine the trust in a person / brand. It is also ineffective (proven by the fact that at least one person – ie. myself – was able to read the content). My ideal publishing platform would be:

We all make mistakes. Lets act as grownups about it. Don’t try to wish some things away. I understand that in some circumstances there are legal obligations to take some things down, but at least post the takedown reason in these cases (ie. “this post was taken down because of allegedly defamatory content. sorry”).