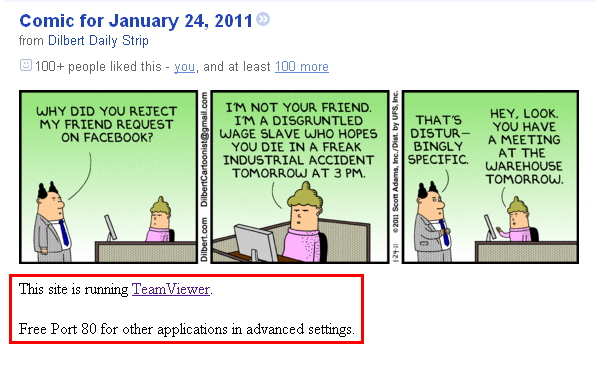 Some time ago I (wow, time files!) I suggested that using 0.0.0.0 for host-file based blocklists would be faster than using 127.0.0.1. Above you can see an other reason for using 0.0.0.0: some applications take up port 80 on the localhost and accessing it can (potentially) create havoc.

In the example above TeamViewer (which is quite a nice remote control application BTW – with support for Linux!) has taken it over and thus it displays a mock page instead of the advertisement (which is very courteous).

PS. This was also mentioned in the original article, I just wanted to give an other example.