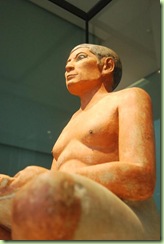 I’m constantly searching for more efficient ways to write blogposts. Currently I’m using Windows Live Writer in a VirtualBox instance running Windows 7, but I wanted to give ScribeFire a try.

The short version: it had some interesting features, but on the whole it had too many negatives compared to Live Writer to be useful for me. The long version:

All in all, WLW is currently a superior product. It has its problems, but they are far less and fewer between than the ones in ScribeFire. This doesn’t mean that I’ve given up on ScribeFire (or on other, alternative blogging tools), but this isn’t the right moment to switch to it.