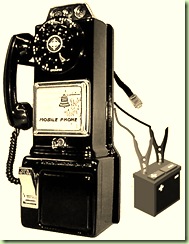 I found out from a friend recently that all the Nokia phones (from the very basic ones up to the N series) have the following weird behavior:

If you have a phone number multiple times in your address book (this means the phone memory + the SIM), the phone number is displayed instead of the associated name (this seem to include incoming phone calls, call logs, SMS messages, etc). There are a lot of complains, here are a few links from the Nokia message boards:

To solve the problem, you “simply” have to delete one of the entries. Of course locating the entries might be tricky (if you can synchronize your phone with a computer, it might be easier). And even though people try to defend this behavior (“If the phone finds the same number against more than one name, it doesn’t know which to use so, perfectly sensibly, it defaults to showing the number”), but in fact it smells like a “decision by committee”:

My final thought? Yes, it is stupid, but it only affects a small portion of the users, and if you know the problem, you can work around it.