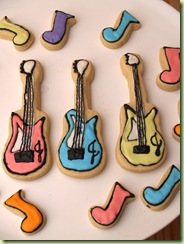 The Polymorphic Podcast is programming related podcast (think polymorphism as in object inheritance) which is somewhat Microsoft centric (.NET, Visual Studio, Silverlight, etc). That doesn’t mean however that there aren’t other technologies. For example the latest version talks about jQuery and managed to surprise me, with the mention of LiveQuery and SelectorGadget. An other interesting feature of this podcast is that the author (Craig Shoemaker) offers a “fast version”, which is the podcast sped up by a factor of 1.5 for those who have little free time.

One characteristic of the interview style of the author which I find slightly irritating is the heavy editing. Particularly he regularly introduces long-ish comments relating his opinion about the given issue. I would prefer that he rather do it live, so that the guest has a chance to react to it. But this is just a personal opinion.

My recommendation would be: the podcast is professionally produced, so give it a listen, especially if you are interested in the MS/.NET universe. Even if you are not, you might find an occasional episode which scratches your itch and you can just disregards the episodes which don’t interest you.